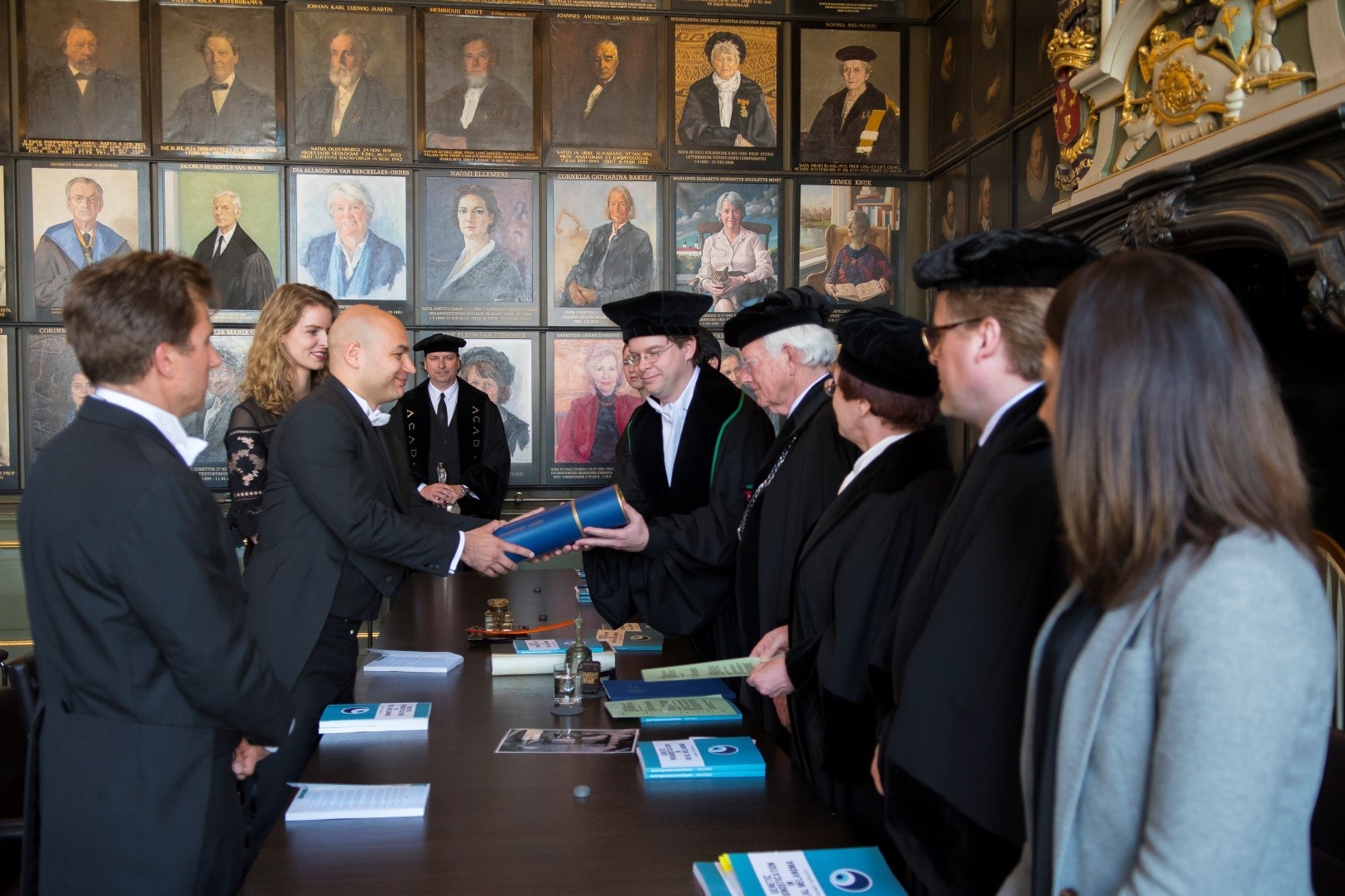 For the past four years Dr. Mehmet Doğrusöz from the Leiden University performed research under the supervision of Prof. Martine J. Jager and studied genetic prognostic parameters in uveal melanoma.

Congratulations to Dr. Mehmet Doğrusöz from Leiden University for the successful defense of his doctoral dissertation entitled “Genetic Prognostication in Uveal Melanoma”, on April 17th, 2018.

Dr. Mehmet Doğrusöz explored ways to improve prognostication in uveal melanoma, evaluated the effect of irradiation therapy on chromosome testing for prognostication, and investigated the association of DNA repair genes and epigenetic regulators with prognosis.
His research revealed that combining the American Joint Committee on Cancer (AJCC) staging and information on chromosomes 3 and 8 enhanced the prognostic value of both methods - that is, how well they predict the clinical evolution of uveal melanoma. This finding is important for the next edition of the AJCC staging system which could be significantly improved by including information on genetics. Conversely, it supports the notion that traditional non-genetic prognostic parameters such as tumor size and anatomic location are independently relevant for prognostication and should be considered together with genetics to further stratify the metastatic risk in uveal melanoma.
Furthermore, he provided evidence that supports the current practice of, when advised and possible, taking biopsies before applying radiotherapy since chromosome testing significantly more often fails in irradiated tumors or is non-representative of the pre-irradiation genetic status of the tumor.
The role of DNA repair and epigenetics (changes in modification of gene expression rather than alteration of the genes themselves) in uveal melanoma biology and prognostication is an underexplored subject. Dr. Doğrusöz investigated a variety of DNA repair genes and epigenetic regulators and demonstrated significant differences in the expression of DNA repair genes and epigenetic regulators between uveal melanoma with a favorable prognosis and adverse clinical outcome. His thesis underlines the relevance of performing future studies to explore the role of DNA repair and epigenetics in the pathogenesis of uveal melanoma and their potential role as prognostic parameters and targets for therapy.