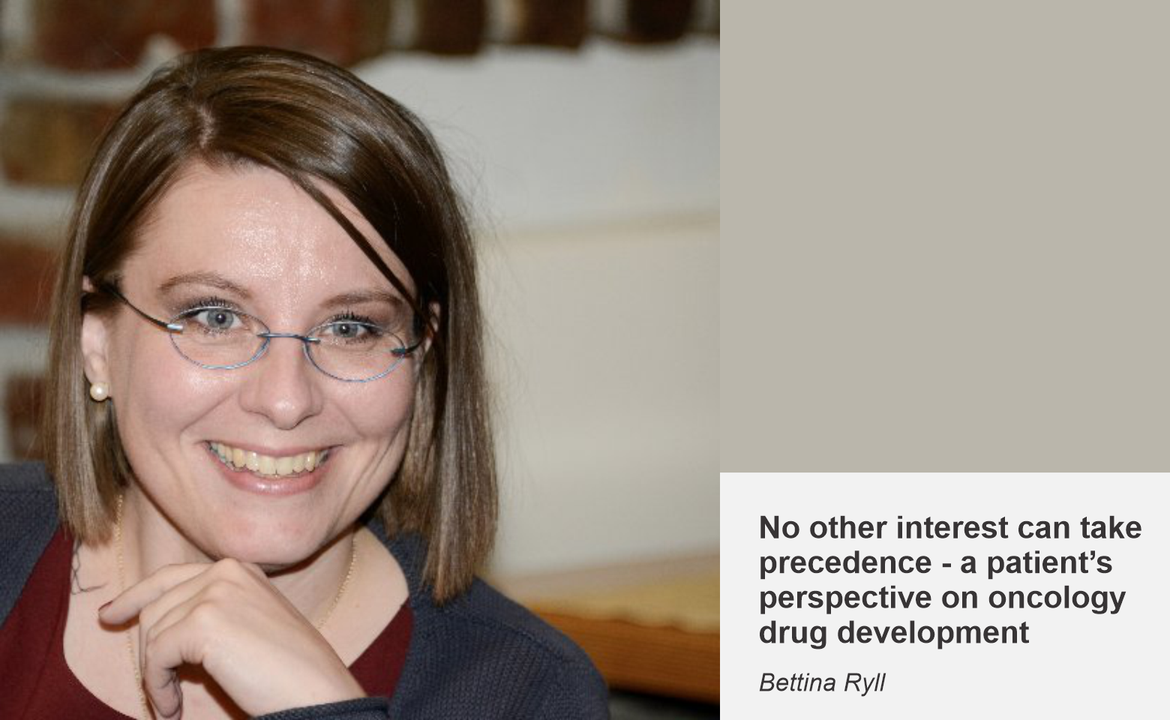 At a recently published comment on Nature, Dr. Bettina Ryll provides a sharp reflection, on how a clinical trial may often be seen, in the perspective of a researcher or promotor and, in the view of a patient or his/her family.

The clinical practice of Oncology is historically a highly "evidence-based" field of medicine. New anti-cancer drugs are scrutinised during several years, from initial laboratorial development until they are finally available to patients, through different progressing levels of experiments, called clinical trials.

In general, in their first phase, early clinical trials are designed to determine the maximum safe dose of a given drug. In a second phase, these treatments are assessed in larger groups of patients, mostly regarding safety and finally, in a third phase they test the effect of the new drug against the disease. This latter phase is usually planned using what is considered the gold-standard of “randomisation", meaning that recruited patients will either receive the new drug – in the, so-called, experimental arm – or the comparison treatment, which should be the best available option, also called the “standard of care” – this being the control arm.

Promising results in early trials, not aimed to test the anti-cancer effect of a drug, question the gold-standard of randomising patients to the standard treatment, which is potentially worse than the innovative experimental strategy. This is particularly critical in agressive rare diseases where the recruitment for large clinical trials takes longer, since the new cases of disease are few, and current standard of care is poor, that is, diseases for which we have no good treatments, like metastatic uveal melanoma.

In her recent comment published on Nature, Dr. Bettina Ryll (MD, PhD), founder of MPNE, provides a sharp reflection, on how a clinical trial may often be seen, in the perspective of a researcher or promotor and, in the view of a patient or his/her family.

Dr. Ryll lists the main reasons for patients to search for clinical trials, under the perspective that, even when only small gains are expected, those gains might represent very important personal achievements. With this in mind, the comment brings forth the need to persuade researchers and clinical trial promotors to actively involve patients and their advocates in biomedical research and clinical trial design.