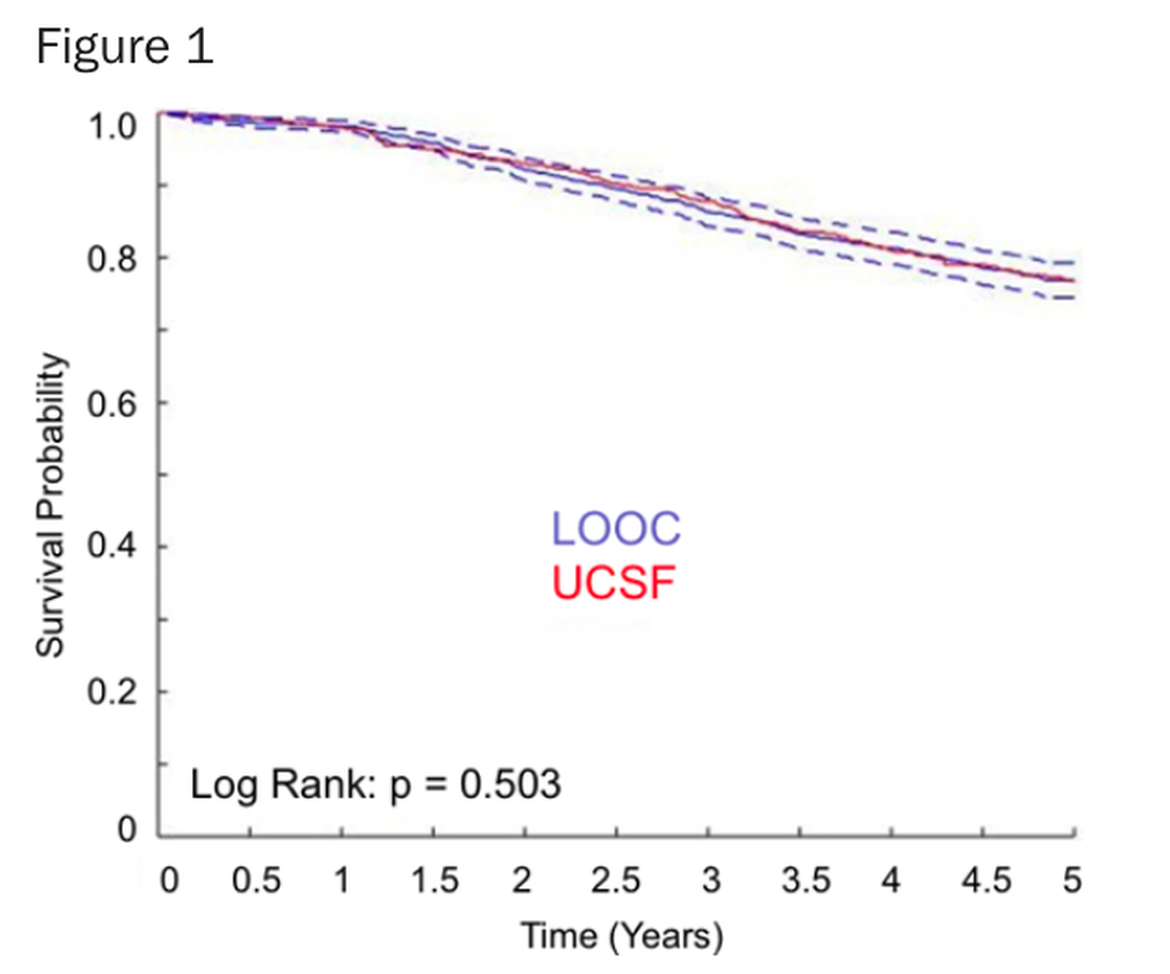 This paper validates the Liverpool Uveal Melanoma Prognosticator Online (LUMPO) in a cohort of patients treated at the University of California-San Francisco (UCSF).

To validate the Liverpool Uveal Melanoma Prognosticator Online (LUMPO) in a cohort of patients treated at the University of California-San Francisco (UCSF).

A retrospective chart review was performed of 390 patients treated between 2002 and 2007 for choroidal melanoma at UCSF. Similar patients (n = 1175) treated at the Liverpool Ocular Oncology Centre (LOOC) were included in the study. The data were analyzed using the model previously developed for LUMPO, an online prognostication tool combining multiple prognostic factors. Main outcome measures included all-cause mortality and melanoma-specific mortality. Reliability of the survival estimates in each group of patients was indicated by the C-indices of discrimination and Hosmer-Lemeshow test.

Patients treated at UCSF tended to be younger with thicker tumors, and were more likely to receive proton beam radiotherapy as primary treatment compared to patients at LOOC. There were no significance differences with respect to ciliary body involvement, melanoma cytomorphology, and mitotic counts between the two groups. Death occurred in 140/390 (35%) patients from UCSF and 409/1175 (34%) patients from LOOC, with no difference in overall mortality by Kaplan-Meier analysis (log rank test, P = 0.503). For all-cause mortality and melanoma-specific mortality, the C-index of discrimination and Hosmer-Lemeshow test at 5 years after treatment indicated good discrimination performance of the model, with no statistically significant difference between observed and predicted survival.

Despite differences between the two cohorts, external validation in patients treated at UCSF indicates that LUMPO estimated the all-cause and melanoma-specific mortality well.