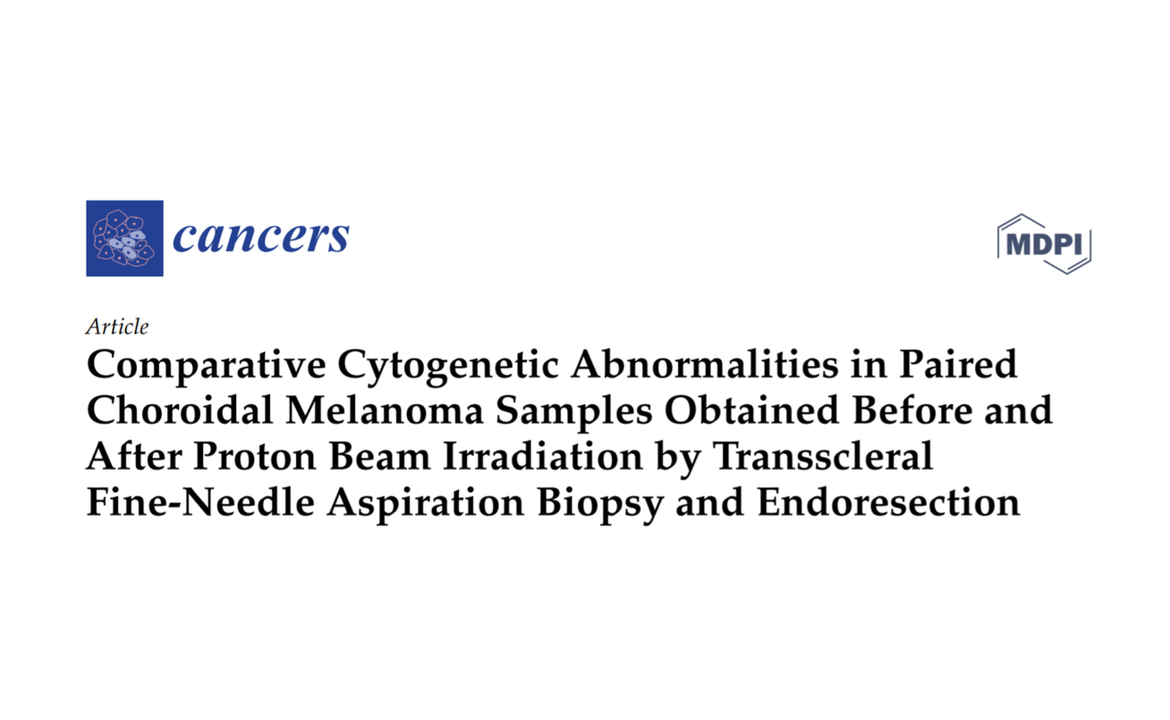 This study, done by our partners at the Institut Curie, compared the genetic alterations of  the same uveal melanoma (UM) lesions, retrieved before and after treatment with radiation.

Tumour biopsies in UM are obtained by taking a piece of the tumour in the eye, to be latter analysed in a laboratory. This can be done using a small needle, that crosses all structures from the outside to the inside of the eye (from the sclera to the retina), and, when finally reaching the tumour surface, aspirates a small amount of tumour material. This procedure is called transscleral fine-needle aspiration biopsy (FNBA). Alternatively, if the treatment of the lesion requires surgery to physical remove the tumour from the inside of the eye, it gives the possibility of having a bigger amount of the tumour material to be analysed. The surgical name of this technique is endoresection (tumour removal : resection; from the inside of the eye : endo).

Treatment of UM may also involve the use of radiation. Doctors and scientists long debated if taking a sample of tumour for analysis after treatment with radiation had an impact on the results of genetic testing. This study demonstrates that this is not the case, provided that tumour biopsy is performed in the correct time window after radiation therapy.

The authors reached this conclusion by comparing biopsy results of patients that underwent FNBA, before radiotherapy, and required additional endoresection for the treatment of their UM, after radiotherapy was administered. They concluded that the genetic profile of the UM lesions was rarely modified and that the differences found are not relevant for prognostication (the prediction of expansion of UM lesions to other organs, more commonly the liver).

This paper adds valuable knowledge that hopefully will improve clinical care of patients with UM. You can access the full paper here.