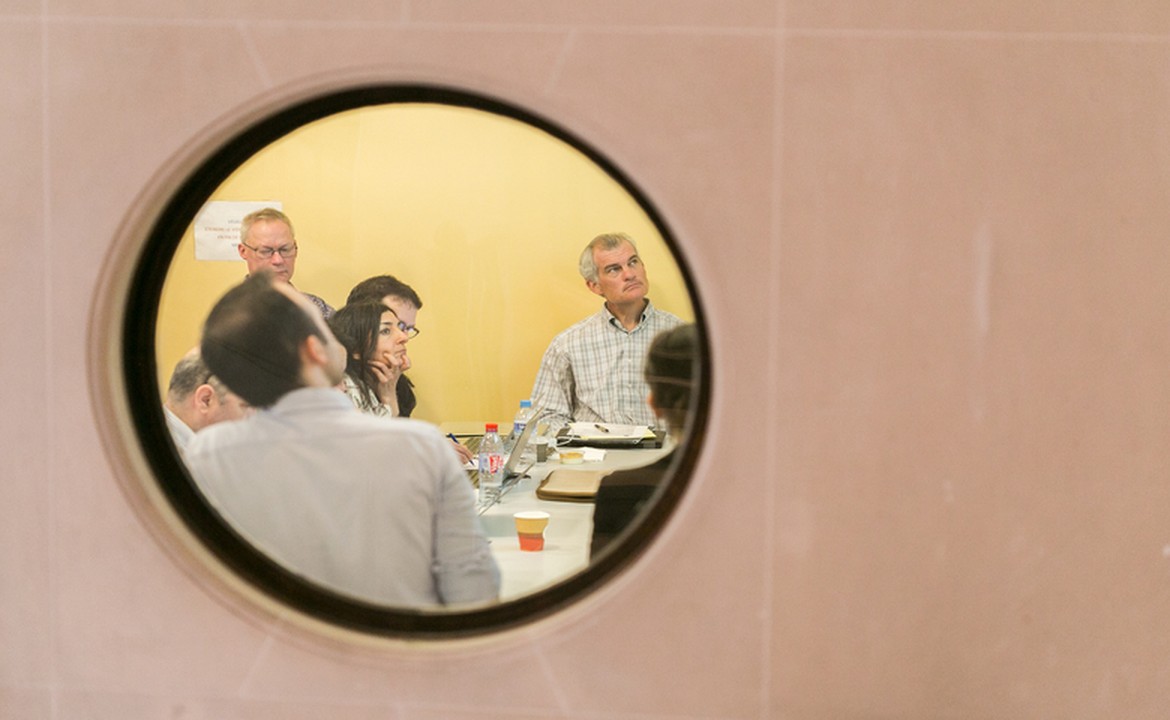 Having taken place on 18th January at the Institut Curie in Paris, France, the second meeting of the UM Cure 2020 Scientific Advisory Board (SAB) gave UMCure 2020 SAB members and partners the chance to consider the consortium's successes obtained during its first two years, as well as look forward to the work ahead.

Starting from its mission to develop new therapeutic approaches to treat metastatic UM patients, the Second UMCure 2020 Scientific Advisory Board (SAB) Meeting, taking place at the Institut Curie in Paris, France, set its goals across the spectrum of fields and approaches that make this consortium unique — from better characterizing UM metastases, evaluating drugs in preclinical models (so as to identify new therapeutic options for the treatment of metastatic UM) and developing in vitro and in vivo models to better understanding UM development and progression, to unraveling the role played by genetic alterations and molecular signalling pathways gone astray in metastatic UM, or ensuring a widespread dissemination and maximised exploitation of results.

Within a day’s meeting of dedicated minds, the morning was centred on landscaping the wide progress of the project, showcasing novel preclinical models of UM and evaluation of new therapeutic approaches, but also the complex genetic networks involved in the development of UM liver metastases; during the afternoon, proteomic and novel target studies, as well as advances in UM microenvironment and immunity characterization shared the SAB’s attention. The main achievements of the first 24 months of UMCure 2020’s work were presented at the rue Gay Lussac, and included major advances in several fronts, including the expansion of biobanking UM patient samples, the testing of drug combinations in UM in vitro with promising results, or progress in the characterization of primary tumour and metastatic immuno-environment. These developments represent the collective work of all UMCure participant institutions covering the entire span of the consortium’s work packages across the whole of Europe.

The next SAB meeting has been scheduled for early 2019, set once more on the hope that further progress will bring us closer to new hopes in treating metastatic UM.