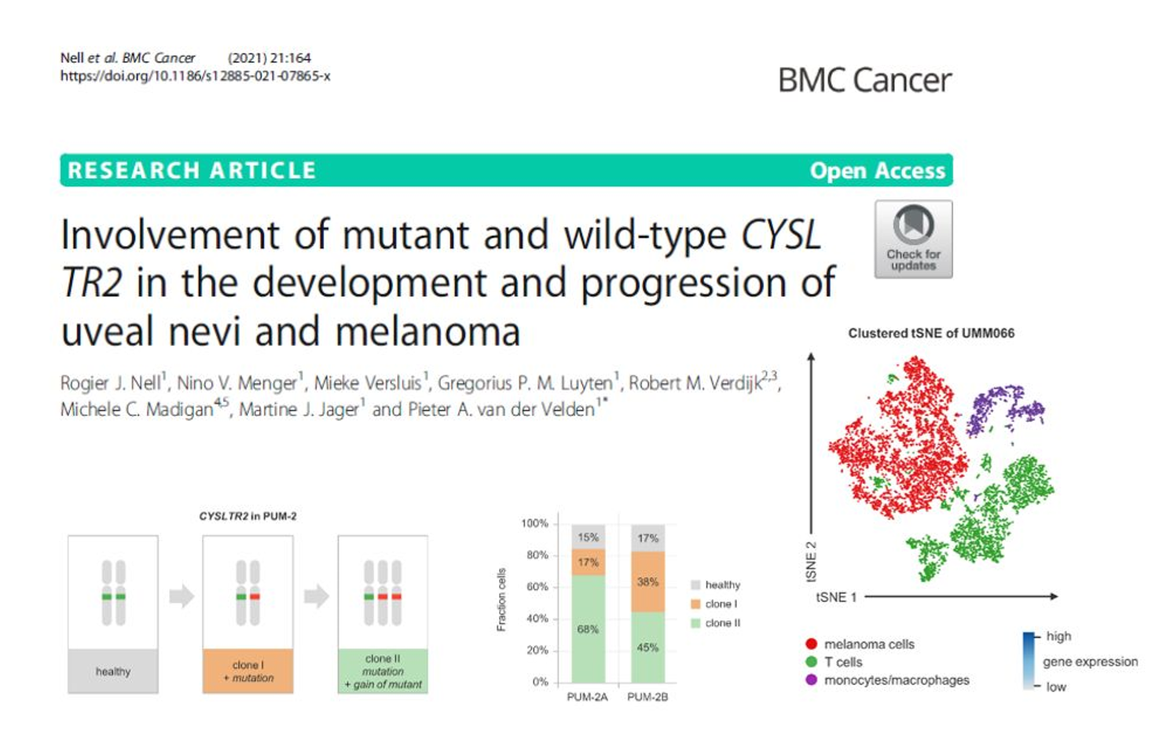 Activating Gαq signalling mutations are considered an early event in the development of uveal melanoma. Whereas most tumours harbour a mutation in GNAQ or GNA11, CYSLTR2 (encoding G-protein coupled receptor CysLT2R) forms a rare alternative. The role of wild-type CysLT2R in uveal melanoma remains unknown.

1/16 nevi and 2/120 melanomas carried the CYSLTR2 mutation. The mutation was found in a subpopulation of the nevus, while being clonal in both melanomas. In the melanomas, secondary, subclonal CYSLTR2 alterations shifted the allelic balance towards the mutant. The resulting genetic heterogeneity was confirmed in distinct areas of both tumours. At the RNA level, further silencing of wild-type and preferential expression of mutant CYSLTR2 was identified, which was also observed in two CYSLTR2 mutant primary melanomas and one metastatic lesion from other cohorts. In CYSLTR2 wild-type melanomas, high expression of CYSLTR2 correlated to tumour inflammation, but expression originated from melanoma cells specifically.

Our findings suggest that CYSLTR2 is involved in both early and late development of uveal melanoma. Whereas the CYSLTR2 p.L129Q mutation is likely to be the initiating oncogenic event, various mechanisms further increase the mutant allele abundance during tumour progression. This makes mutant CysLT2R an attractive therapeutic target in uveal melanoma.